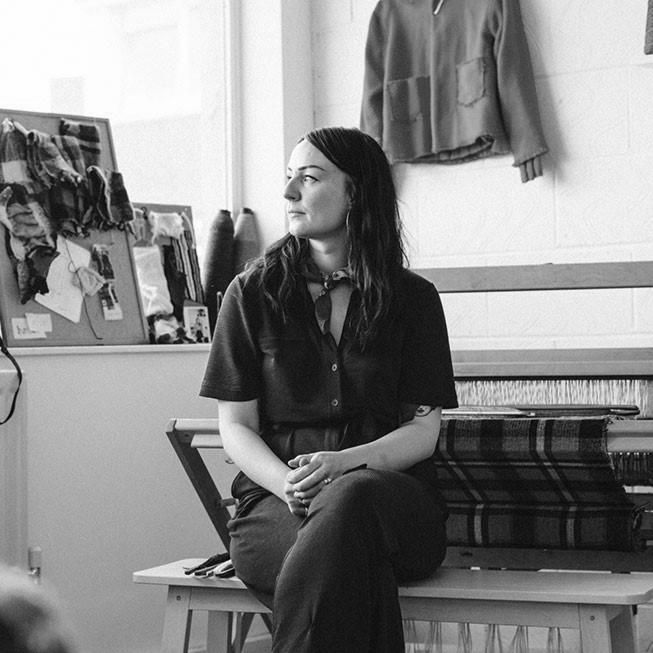 Hollie Ward is a hand weaver based in South East London. Founding her self titled label, hvw. 2 years ago, Ward is interested in questioning the way in which we form relationships and attachments to objects. Ward creates hand woven work exclusively for The New Craftsmen and other select international stockists and was this year granted an award from The Worshipful Company of Woolmen and has previously been granted a scholarship from The Worshipful Company of Weavers. Ward frequently consults for other brands, such as Le Kilt, working on explorative projects together. Hollie spent several months on a residency in rural Iceland, using this time to explore what it truly is to ‘make' something from start to finish and allowing for nature to inform the outcome of this. Working and living in the town in which all the wool is sorted and washed, Ward hand spun and hand wove the fibres into lengths of fabric which were then left to absorb the elements, soaking in the River Blanda and left to freeze outside. This project revolved around questioning being in control of the process of making and then removing ourselves entirely from this.