Behind The Brand: Misfits

Canadian born UAL student, Alexander Neumann, shares his journey of developing a beautifully simple stacking game, Misfits. Reinventing wooden shapes to create a compelling, design-led game, offering joy and delight to all that play. After a successful first Top Drawer, Alexander tells us more about the brand and his plans for the future.

We were delighted to welcome first time exhibitor Misfits to Top Drawer SS20. For those who did not get the pleasure of meeting you, can you tell us a little more about your brand and yourself?

I’m a 25-year-old Canadian graphic designer and entrepreneur, born and raised in the small coastal town of Victoria, British Columbia. I studied for a year at a Canadian art and design school, before transferring to and graduating from Chelsea College of Arts, University of the Arts London, in June 2017. During my final year of studies, I developed a beautifully simple stacking game, called Misfits.

The game was initially developed as a submission for the UK-based D&AD New Blood Awards and an additional version of Misfits was made for the Chelsea College of Arts graduation show. After my graduation show, the response from university students and professional contexts alike encouraged me to develop the game as a commercially viable product. I attended Top Drawer 2020 as a first-time exhibitor, to promote the upcoming launch of this production-ready version of Misfits.

What was the kick-start to your brand? Where did you pull your inspiration from and where there any key helping hands on the way?

Growing up, I never was a true board game fanatic; I was passionate about Nintendo-branded video games. However, in my own time, I often reverse engineered or deconstructed board games to see where the game mechanics broke down. My dad is German and he exposed my brother and I to a specific style of tabletop games, traditionally dubbed as ‘Eurogame’ or ‘Euro-style’. These Euro-style games have a distinctive playing style, typically relying on strategic game mechanics, rather than on luck. 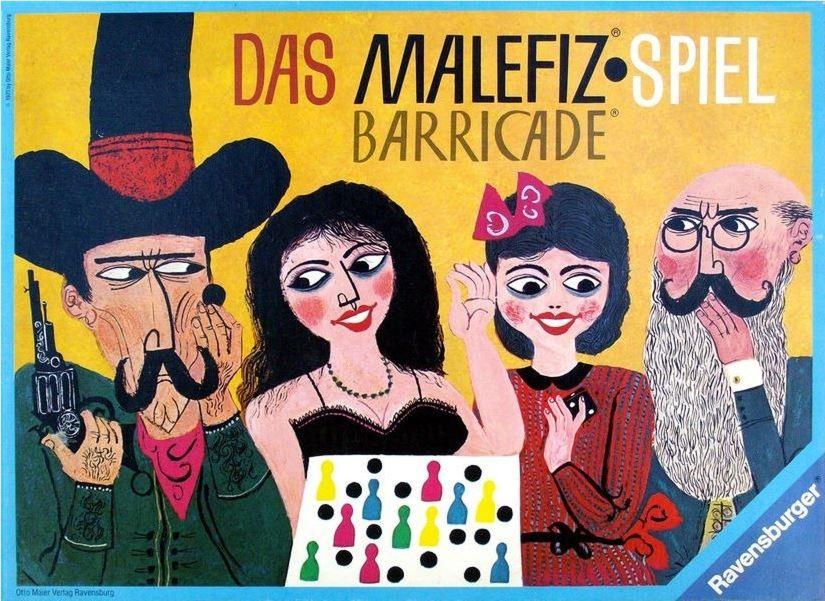 Seeing this box artwork recalls the excitement of tucking into a game in my dad’s lounge with various sweets and cookies from our local German bakery.

With Misfits, I find the first time you play is as a good as the fifth. It’s immediate. And while I didn’t specifically set out to create a game to be inspired by the Euro-style games I grew up with, there’s certainly a level of influence having played these games.

One of my sessional professors, Matt Dixon, said he loved the idea of stacking game with oddly shaped pieces, as if stacking these blocks would create ‘an architectural misfit’. It was in this phrasing that game’s name, Misfits, was born.

Misfits was shortlisted in the D&AD New Blood Awards, but did not win. It was almost a gift that Hasbro didn’t invite me, as I was free to take the game in any direction.

How did being a student at UAL lead you to this point? When studying at UAL did you think you would be creating your own business and more specifically this type of product?

The benefit of having six independent colleges formed under the banner of one university allows for access to a breadth of specialist facilities, usually not available at smaller art institutions. In this capacity, the university had provided the research ability, space and tools to fully understand how a wood product like Misfits could be manufactured in a larger scale.

I gained access to wood workshops with CNC routers at other UAL colleges, such as Central Saint Martins. This allowed rapid prototyping of most optimal shapes for gameplay and the arrangement of the blocks, as well as provided me to a richer, deeper understanding of the specific wood types best situated for the game. That decision to make a commercial product was determined after the graduation show in June 2017.

How has UAL given you the platform to go into production and become a new brand?

Beyond the research and development stages as a student, the university has also provided me has me some pretty life-changing opportunities, providing a £500 grant, the ability to return to the UK on a two-year graduate entrepreneur visa and, of course, invited me to attend Top Drawer SS20 as part of their branded collection of stands.

At Top Drawer, the university provided a dedicated point contact for any of our trade shows concerns, reviewing our booth designs, offering free workshops that spelled all manner of trade show tips, including how to figure out our wholesale pricing. A complete contrast from organising and designing for Essen Spiel 2019. In many respects, the university has provided a platform for the best possible launch, in ways I could not achieve at home in Canada.

What’s been your biggest highlight whilst creating your brand? Why is it you love what you do?

My design process up to the creation of Misfits was largely digitally focused – I was designing a jQuery-based dashboard and an app concept in summer prior to my graduating year. But what I loved throughout process of developing Misfits is seeing how this technical digital experience can create an engaging, back-to-basics physical product. As you long as you cultivate a good product and a strong brand, you can open doors and conversations to people you couldn’t imagine you would ever meet in industry.

Ultimately, the most rewarding highlight of Misfits development is to witness is the game in player’s hands. It’s in these brief moment of socialisation – present in the moment, face-to-face and solely focused on a simple activity, such as stacking some unusual blocks together – that I think we are in desperate need in our busy, technology-dependant lives. 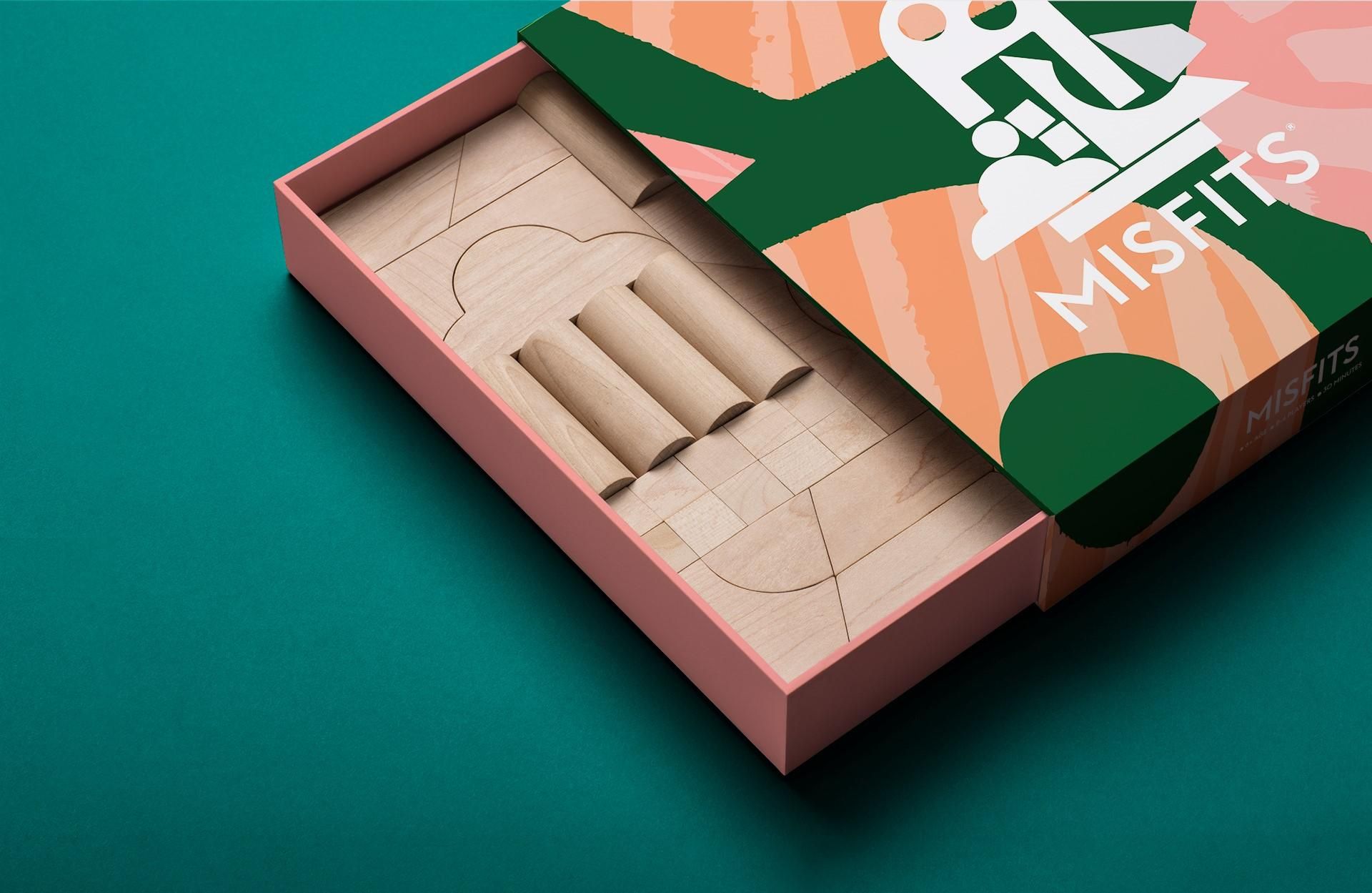 Knowing what you do now, what advice would you give to yourself when you were first starting out?

I’ve been fortunate that many of the developmental challenges I’ve faced for this product haven’t been insurmountable. I often felt a sense of an ‘imposter syndrome’ – carrying a significant burden of self-doubt in my ability to successfully launch this project, or most creative endeavours really. Perhaps in the pursuit of a launch, that has been upended by a certain fear of a very public failure. I think as I’ve headed nearer to a launch day, far greater than fear of failure would to be a hold regret.

How has Top Drawer helped you as a new brand? What made you choose Top Drawer as platform for your brand?

That support and backing from the university, while also attending a show with larger footprint, already seemed like an attractive offering. Top Drawer seemed like an obvious choice for our brand, once we were told that, as UAL exhibitors, we had our own stands placed next to the Press Office.

We see our primarily audience as the board game fans – causal and frothing fanatics alike. Our secondary audiences as designers and cultural leaders, as well as more homewares and home decor audience, who would purchase the game more for the aesthetic value, placed on a coffee table. Top Drawer presented us the opportunity to test out these secondary markets, while reducing the burden and risk to facilitate that market analysis. Top Drawer told us the more casual and design-focused retailers were equally captivated by the product. From the retailer buyers that stopped by, some highlights included were the buyer from National Gallery of Victoria, in Melbourne, Australia, Virgin Megastores, the buying team of Paperchase, Uncommon Goods in the US, as well as variety of smaller independent stores in London and across the UK.

Can you tell us about any future plans/ideas for your brand? Or any exciting news and content on your product.

While remain tight-lipped about the specific retail offers that came from Top Drawer, but we are very excited to see the product on retail shelves for Christmas 2020. Depending on customer feedback and demand, we are exploring the avenues of developing a casual smartphone game. A digital extension of Misfits could broaden the reach of the game’s audience to anyone with a smartphone. 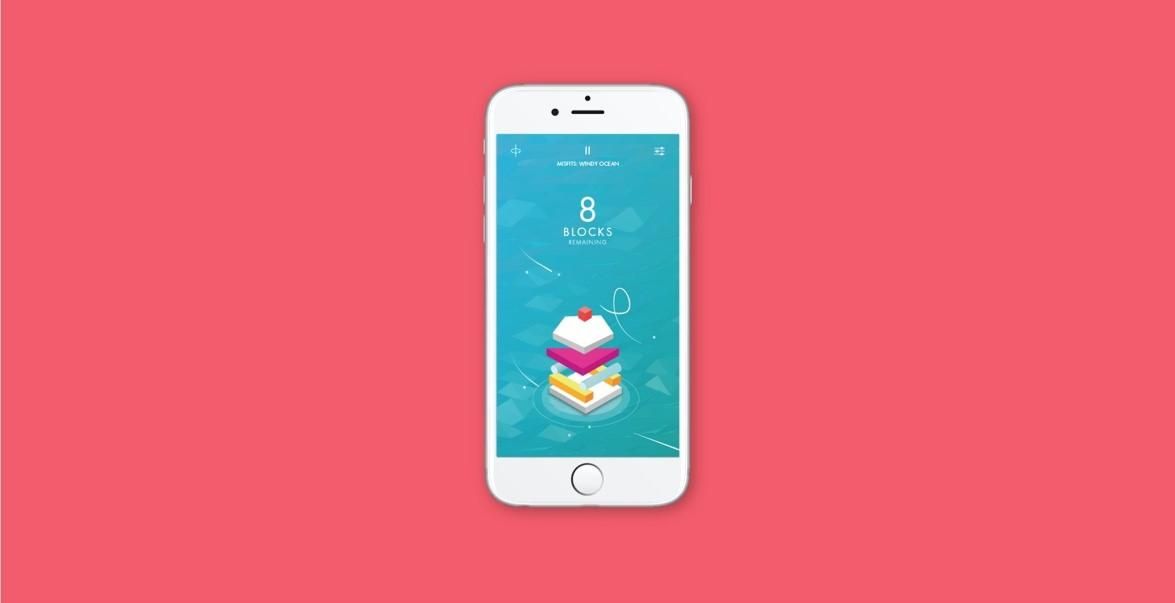 What are your trend predictions that you’ve spotted for SS20 and beyond.

While the board game market may not have more seasonal or yearly trends like fashion, jewellery or food items, there are certainly broader trends at play, such as the advance of the internet. Far from killing off the board game, I see that the digital world has made people from many ages and stripes yearn for more offline, face-to-face social interaction. Hasbro, in their D&AD brief, stated that 70% of new ideas coming from inventors outside the games industry.

With Misfits, I don’t deny we’ve been informed by this trend for casual, independent games; simply put, I wouldn’t have made a game if Hasbro hadn’t identified this larger theme. As I see it, the industry is at an important crossroads – we are increasingly inviting more diverse, more gendered voices into the tabletop and larger gaming industries, but we must be careful that those voices don’t become interpreted as cluttered noise.